Skip navigation and go to main content
You are here: Home  /  News  /  2019  /  NAS launch their 2018 Annual Report amid increasing demand for advocacy services

The National Advocacy Service for People with Disabilities (NAS) has recently launched its Annual Report 2018 at the Irish Human Rights and Equality Commission in Dublin.

NAS is funded and supported by the Citizens Information Board, and provides free, independent and confidential representative advocacy to people with disabilities across Ireland.

Sarah O’Callaghan from the Department of Employment Affairs and Social Protection delivered a speech on behalf of Minister Regina Doherty, congratulating NAS on its work, and confirming the continued support of the work of NAS advocates.

Speaking at the event Angela Black, Chief Executive thanked the Board and staff of NAS for all the hard work and effort over the past year in delivering such an important service to vulnerable citizens.

“NAS has worked with almost 4,000 people delivering both long and short-term interventions. The organisation has also made a number of important contributions to public consultations and policy submissions mainly in the area of capacity and decision making, adult safeguarding and mental.” health.”

NAS has a particular remit to provide representative advocacy to people with disabilities in vulnerable situations, such as those living in residential settings, attending disability day services, those with communication differences or those with limited natural or formal supports.

2018 was a significant year of growth for NAS, as the number of people who used the NAS service increased, launched our first strategic plan and were awarded a Department of Health contract to develop a new, independent Patient Advocacy Service.

In 2018 NAS provided full representative advocacy to 916 people across Ireland, a 7% increase on 2017. NAS also provided information and short-term advocacy support in 3,025 instances, an 8% increase on the previous year.

NAS staff worked on a range of complex, multi-issue advocacy cases, and continued to demonstrate the importance of advocacy across many sectors, from housing (50% cases) to healthcare (22%), to parenting with a disability (8%), justice (12%) and family issues (7%).

Housing and accommodation remains by far the largest issues that NAS advocates work on, with 50% of all NAS representative advocacy cases involving an issues relating to housing. People with disabilities face an even more challenging landscape when it comes to housing than others in society during this housing crisis.

For example, in 2018 NAS has worked with people with intellectual disabilities or autism who face particular challenges in the homelessness system. The housing issue also includes people inappropriately accommodated in residential settings, those stuck in acute hospitals because of a lack of appropriate housing upon discharge and difficulties faced by people with disabilities navigating the social housing list.

Liz Halton, a person who worked with a NAS advocate for County Meath (Kavita Sharma) told her own story at the launch of how advocacy support assisted her to move out of a nursing home setting.

The NAS Annual Report 2018 outlines a series of case studies which demonstrate how advocacy support can promote the equality and protect the human rights of people with disabilities.

Another highlight of 2018 was the awarding of a new contact by the Department of Health to NAS, to develop and establish a new, independent, Patient Advocacy Service this year. The Patient Advocacy Service is a commitment in the programme for a partnership government, and was commissioned on the back of recommendations by both HIQA and the Ombudsman for independent support to be made available to people who wish to make a complaint about their experience in a publically funded Irish health care setting. NAS was delighted with the endorsement of the Department of Health to establish this crucial new service which will have an initial go-live on 31st October. 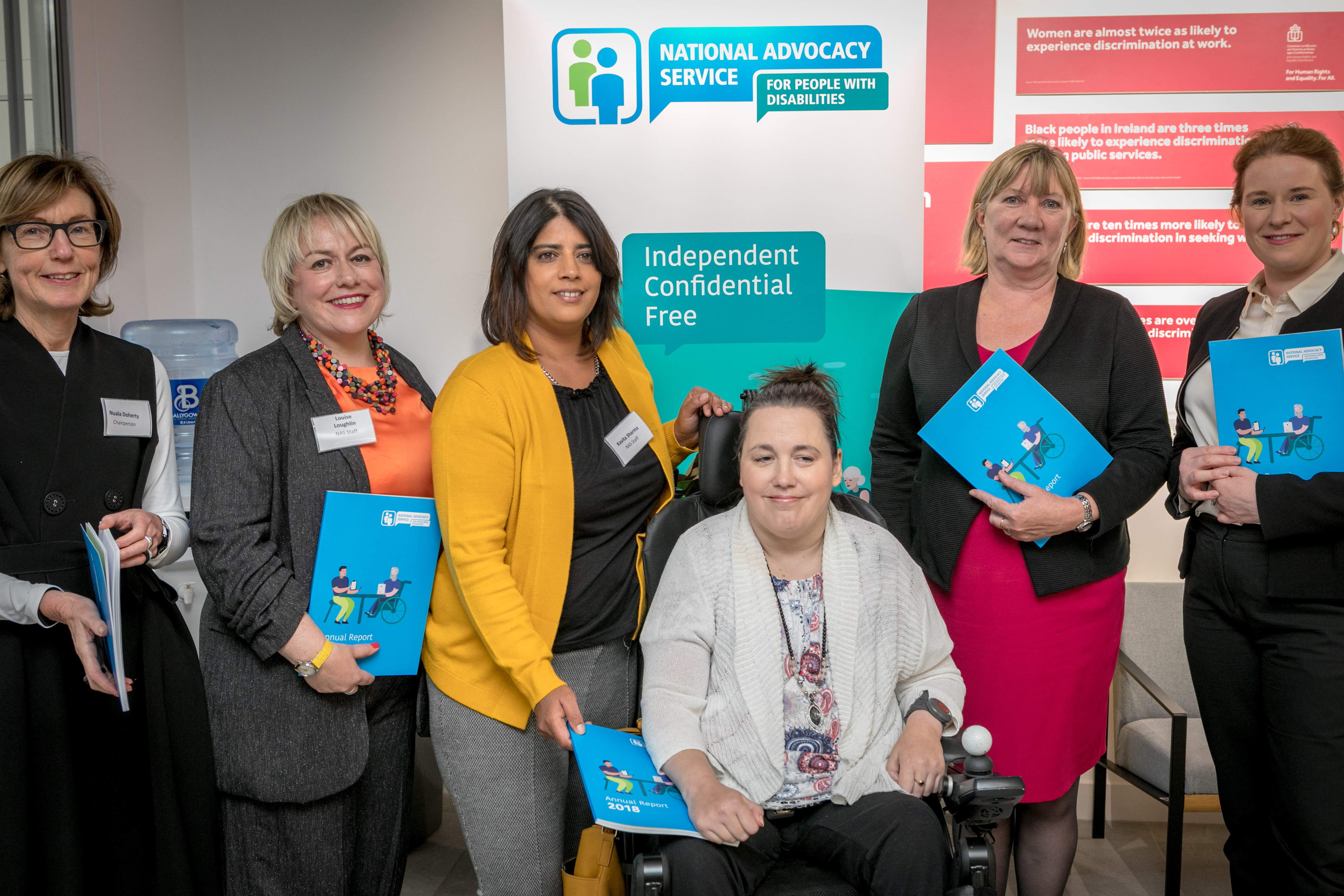 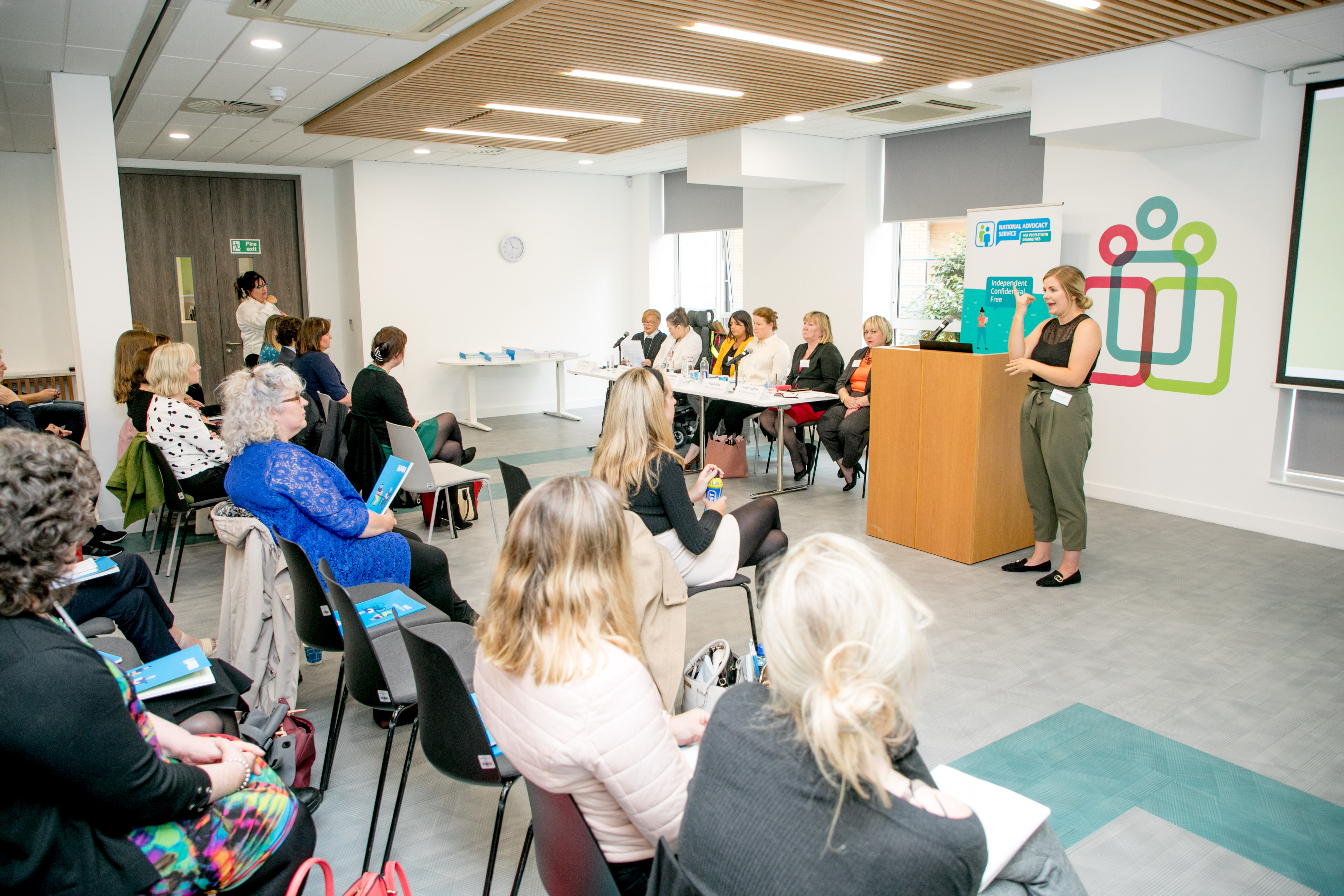